As asiatic inspiration is the lung of actual trends, Magasin Déco invites you to come back in time and discover a designer that was deeply inspired by Japan, the french Charlotte Perriand. Trained by the greatest, Henri Rapin, Le Corbusier or Jean Prouvé and friend of Sori Yanagi, Charlotte Perriand is a women that is not afraid of the unknown, but that jump on it with enthousiasm. Here is the extraordinary destiny of a french designer inspired by the Sunrise country : Charlotte Perriand.

Who is Charlotte Perriand ?

Charlotte Perriand is born in 1903 in Paris from a taylor father and a seamstress mother. She enter the Ecole de L’Union Centrale de Arts Decoratifs in 1920, aged 17 years old and graduate in 1925, one of his teacher had been one of the master of Arts Décoratifs, Henri Rapin.

In 1927, Charlotte Perriand aged 24 years old, she re design her own appartment, creating the univers of the “Bar sous le toit” discovered at the exhibition of the Salon d’Automne. The same year, she enter the atelier of Le Corbusier and Pierre Janneret, where she will stay a decade. This partnership is principaly in product design and will be deeply successfull culturaly and for the reputation of Le Corbusier and Charlotte Perriand.

The top of this partnership will be in 1929 for the Salon d’Automne when the trio shows off the design of the “Equipement intérieur d’une habitation” and re think the complete organisation of interior design. During this partnership, pieces like the Grand Confort Armchair, or the long Chair Corbu were created.

During the mid-thirties, Charlotte Perriand join the left poilitical side by entering two organizations : the Association des Écrivains et Artistes Révolutionnaires and the Maison de la Culture. In 1937, she puts an end to her relation with Le Corbusier, starts a partnership with Jeunes and creates the Union des Artistes Modernes. Her style becomes more natural and she starts to use raw materials that are more comfortable such as wood. Finally, the 8th of February 1940, she definitly break up with her industrial past when she receives a telegram offering her a position in Japan.

The Country of the Rising Sun

Invited by the Ministery of Business, and following a 8.30 meters long letter, calligraphed by Shikô Munakata, Charlotte Perriand leave France for Japan. Her objective ? Opening the japaneese industry to Occident, creating industrial production standards. She is gonna be deeply influenced by the japaneese cultures and will profoundly influence it.

5 months after the beggining of the 2nd World War, the 15th of June 1940, she go on board of the Hakusan Maru from Marseille to Kobé. “At that time, Japan was like the Moon” she said. She visits the first japaneese popular art museum created in 1936 by Yanagi Sôetsu : The Mingeikan.

During the fall, Charlotte Perriand walk around the japaneese streets, discover the countryside, the landscapes, the culture and the japaneese craftmanship. She get her inspiration from the traditionnal japaneese technics. “Be inspired by the real traditions doesn’t mean reproducing them, but create new with fundamental laws. She advices Japaneese to avoid to reproduce stupidly occidental pieces and she creates the exhibition: Contribution à l’équipement intérieur de l’habitation. Japon 2601, using local materials such as bambu.

Charlotte Perriand leaves Japan in 1941, just before the Pearl Harbor attack. She will definitly come back in France in 1946, soon after the war. However, her adventure with Japan isn’t finished because she will come back in 1953 to design the house of her husband in Tokyo and in 1959 to design the new agency of AirFrance.

During the Arts Ménager tradeshow in 1957, she shows off a “Japaneese House”, which is a clever mix of objects that she created and Sôri Yanagi art works. It is at this occasion that she makes Yanagi known in France. The cherry on the top of the cake is a partnership with Junzô Sakakura to design the house of the Japaneese ambassador in Paris in 1965.

A piece of art to discover

Let’s discover now some pieces created by Charlotte Perriand, that defines perfectly her style and that shows how she durably marked the design world :

Those shelfes were developped after she cames back from Japan, and are inspired by a first prototype though by Pierre Jeanneret before the war. They are composed by aluminum and wood boxes and sliding doors. The differents sizes of the boxes are giving movement and dynamic to the piece. This kind of product is revolutionnary for that time.

Tôkyô was created in 1954 from Binoki wood.

To summarize, she was an avant-gardist, never afraid. She broke the design rules and traveled to the other side of the world for inspiration. She revolutionnized 20th century classic design and inspired plenty of young designer. 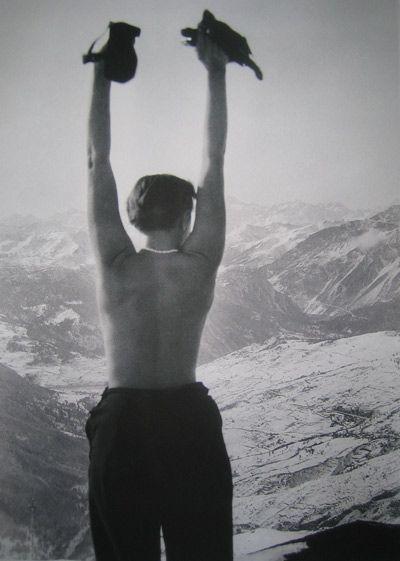 SCB – Everything You Need to Know About this Amazing Firm

Contemporary and mid-century style by Bredaquaranta

Haeahn: Architecture for the Environment

10 French Interior Designers – On The Top of The World

Light and Building 2020 – Illuminating Your Way into the Event

The Ness Group Design – From San Francisco to the World

The Archers – Fresh and Unique Design from Los Angeles

Why INC Architecture and Design is the Company to Follow!

Why INC Architecture and Design is the Company to Follow!