Top 5 : America as a Source of Inspiration Skip to main content
ARCHITECTURE

Top 5 : America as a Source of Inspiration

The large wild spaces, the gold rush, the conquest of the West side, the golden city, the Nazca lines, here is what America represents. A dream of glory, of fame, of wealthness. Everything is big, large, the landscapes are splendid and breathtaking. America is automatically a deep source of inspiration for designers. The wild aspect, the raw materials, the technological innovations, the american continent is unnevitable speaking about design.

General Sherman is the tallest tree in the world, 83.3 meters high and 24.10 meters of circumference, it is considered as the biggest living being in the world. Obviously it is a Sequoia tree. The size of those giants made them being venerated by Indians from the Sierra Nevada, considering them as pillars of the world around which one everything was created.

From those natural pieces of art, BRABBU created the SEQUOIA center table. The magnificience of this centenary tree is represented by an aged brushed brass bark that gives it an wealthy and imposant aspect. The SEQUOIA slice is covered by a wallnut vernish leaf. The SEQUOIA table is a piece of nature able to give a greatness to any kind of living room.

MAYAs is a pre-colombian civilisation born in Central America around -2000 B.C. This people is synonyme of extraordinary legends and huge power. Mayas are the origin of an incredible quantity of theories concerning the end of the world. As an example, we can think about the Fire Ceremony that take place all the 52 years and that aim to protect humanity from its unevitable end. Maya believes are constantly turned to the sky, the stars, the comets, eclipse, all acknormal activity is considered as a message from the gods.

Their 3000 years of existence deserved us to speak about those great people giving them a vibrant tribute thanks to design. The Maya sofa, incarn the voluminous head ornaments of the Mayas leaders, composed by colorfull feathers. The piece is covered with a delicat velvet and stand above 4 legs made of aged brass. A splendid product that moved in the Hotel Porvidence in Paris last year. 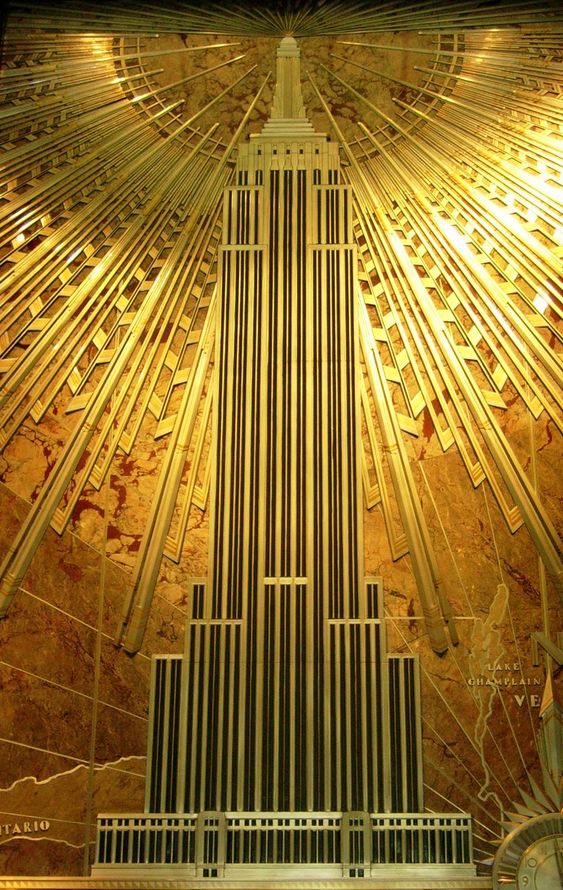 America is incarned by its high and majestuous buildings. Born at the end of the 19th century in Chicago, the first buildings start to grow up after the big fire of 1871 and are symboles of power and success. We can speak about the higher of them such as the One World Trade Center, the Willis Tower and the 432 Park Avenue, and about the most famous such as the Empire State Building or the Flatiron Building. The skyscrapers are legendary and will never stop making us thinking about the american dream.

The DELPHI screen, reproduces with greatness the imposing effect of the american buildings mooving toward the sky. Firstly, emerging from the floor, and then growing up and fly away until they only look like dark shadows. The structure is made of brass gives and the marquetry made of bird’s eye and elm wood give all its majesty to the piece. It is a tribute to the Art Deco culture from the crazy years in United States.

Known for their black canoes, and their cultures of mapple sirop and wild rice, the Ojibwe are an indian tribe originated from the Great Lakes region in the south of Canada. Their commercial relations with the french pilgrims allowed them to spread their language which became one of the three more spoken indian languages in America. Ojibwe tribes also believed in the power of dreams and created the dream-catchers to protect kids and farmers.

BRABBU decided to pay tribute to the symbole of Canada, country that saw the Ojibwe evolve, the beaver, or AMIK in Ojibwe language. The small rodent has, indeed, a strong position in the indian culture, it represent the power and the proudness of the worker. Great builder, it is a symbole of harmony between the living beings and incarne the team work. Consequently, it probably came to bite this table light that own its name and made of glass fiber, brass and silk.

America, its buildings, its indians, and … its canyon ! Symbole of the Conquest of the West, America counts amoung the deepest and majestuous canyons in the world. We think about the Colca Canyon in Peru with its 3 400 meters of deep, or about the Wonders Canyon, its neighbour, with its 3 535 meters deep. When we think about Canyons, we also think about the cow-boys and the thousands of kilometers they crossed between those rock walls colored in red and ochre.

The Canyon screen is a tribute to those natural wonderfullness. Four panels made of brass, with a patchworks pattern cut and covered by different patina, a red one, a brown one and an aged one are composing this screen. Its shape make us think of the ondulation waves characteristic of the american canyons.

Here is only a small sample of the creations that we can make with America as a source of inspiration. Great, majestious, powerfull, this piece of land on the West side still has a lot to make us discover.

What do you think about this article? Please, leave your comment below. If you want to be up to date with the best news about trends, interior design tips, and furniture luxury brands, you must have to sign up our Newsletter and receive in your email, free of charges, the latest and the most exclusive content from BRABBU.

Milan – 5 Monuments to Visit During the Design Week

4 architecture Leaders That Will Change the World

Top 5 : A European Design Inspiration! Why not?

Pierre Yovanovitch – Between Geometry and Modernity

Halo Design Interiors – The History Being the Successful Design Firm

Maison et Objet 2020 – What to Expect in January

Halo Design Interiors – The History Being the Successful Design Firm