5 Villas to Discover in France Skip to main content

5 Villas to Discover in France

Since ever, France is an eldorado for the artists that are looking for inspiration and socialites in the research of calm holidays. The proof is the incredible number of villas, castles and master houses built in the country. Mainly located in the south of France, those houses were created for one goal: allowing their owners to relax or created in heaven of serenity! Find below a sample of those splendid houses :

The Villa Ephrussi also called the Villa Iles-de-France is located in Saint-Jean-Cap-Ferrat on the french riviera. The pink house is coming out from the imagination of the Baroness Béatrice of Rothschild and built by the French architect Aaron Messiah. The villa was constructed between 1905 and 1912 and furnished of antique furniture, paintings, and art objects. The most remarkable touch are the gardens created by the gardener Achille Duchene during the construction of the house. The house connected to the garden are forming a kind of vessel above the Méditéreaneen sea and is considered one of the most beautiful houses in France. The Colle Noire Castle has a really … really long story that started in the middle of the 19th century. Owned by a rich family from the Var region, the castle is finally given to a family of industrials. In 1950, Christian Dior buys it to find new inspiration on his provençale roots. There, he creates the fragrance Miss Dior in tribute to his little sister Catherine. the castle will pass from generation to generation before being given to an industrial family, itself selling it to the couturier Christian Dior in 1950. In 1955 and thanks to the Russian architect Andreï Svetchine, Dior entirely restores the house. When he dies in 1957, Catherine can’t maintain the castle and sell it to a rich couple. However, the Dior company didn’t finish yet its story with the domain and bought it back in 2013. 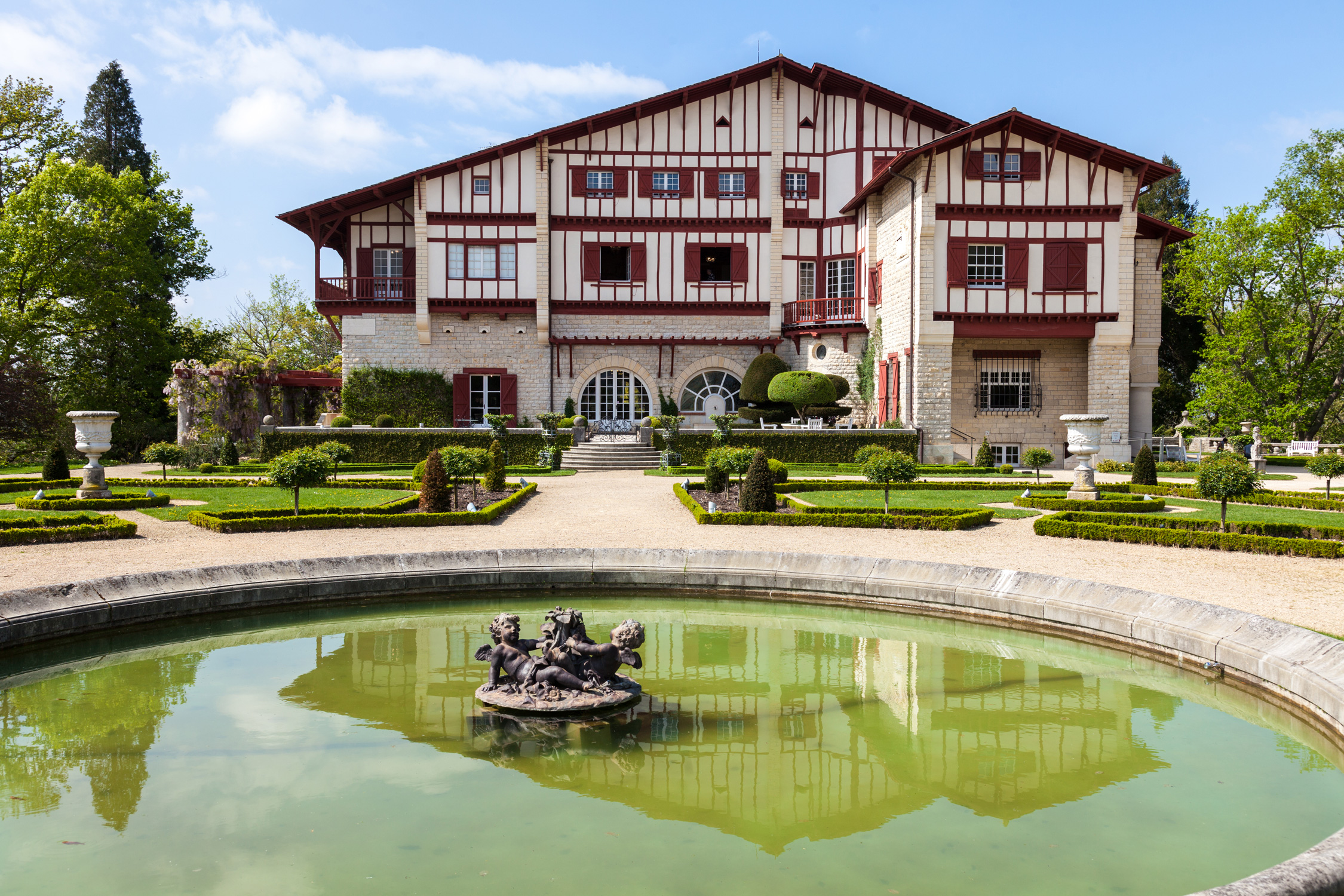 The villa Anarga is a small jewel on the Basque country. Respecting the Basque architecture, the massive white and red house was the refugee of the creator of Cyrano of Bergerac: Edmond Rostand. In Basque, the word “Arraga” means “Stone place”, but it was transformed in “Anarga” by Rostand for a better sonority. The villa is ended in 1906 and will be the refuge of Rostand while he writes Chantecler or invites his friends to take part in sumptuous parties. The interior design is massively decorated by painting and wood sculptures among which ones splendid fresques figuring the Grimm tales. Those fresques are decorating the boudoir of Madame Rostand. The garden itself is really charming. Built in the French style, you can discover inside sculptures of Victor Hugo, Cervantes, and Shakespeare. Today, the house is a museum and welcome visitors every day of the year.

Christian Dior had Provençales origins, however, he grew up in Normandie in the north of the country, in a charming pink house near Granville. Today the house is the museum Christian Dior, but it was before called Villa Les Rhumbs and was bought by the parents of Dior in 1905, while he was one year old. When he gets 6 years old, his family moove to Paris but they still come back to the villa every year for summer. At 20, Christian Dior draw the water basin and the pergola and create what will be later the Christian Dior Garden. In the ’30s, his father, widow and ruined sell the house.  We can’t miss the pastel colors, the clear pink and the white, that will always be a part of the Dior identity. 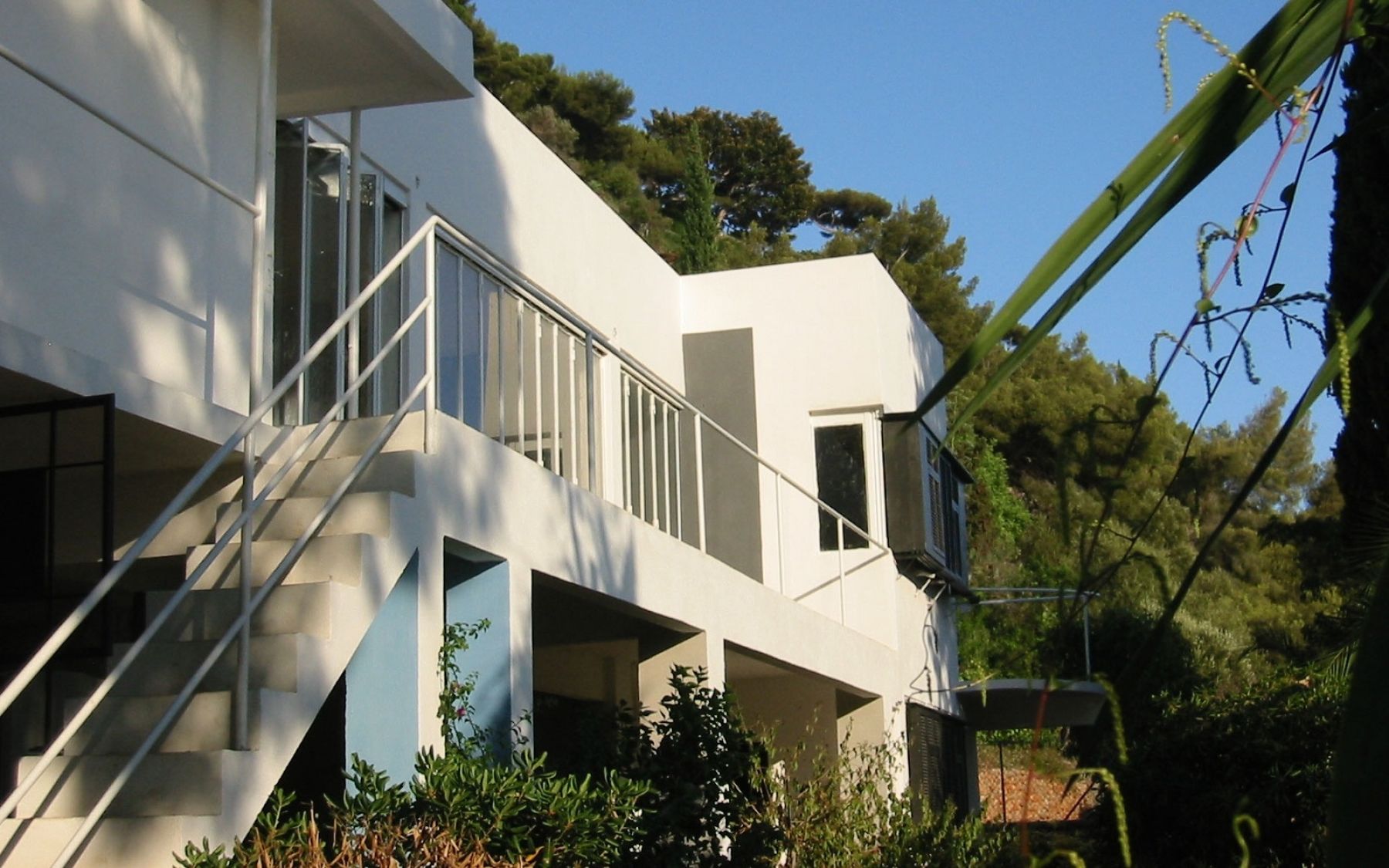 The villa E-1027 is coming right from the imagination of Eileen Gray. With such a name, the roots of the villa couldn’t come out of the mind of a random person but the pioneer of the modern movement. From the walls to the furnitures, it is after 3 years of hard reflexion that the villa E-1027 born. It is the first architectural creation of the famous designer. Jean Badovici, her compagnon is a famous architect and help her in the drawings of the house. Located in the Cap-Saint-Martin, the villa is achieved in 1929. After their separation, Badovici that was its owner, live inside the house until his death in 1956. The villa, painting include with the garden and his land was classified historical monument in 2000 and obtain the label “20th century patrimony”

Here you have 5 good ideas to kill time in a splendid place during a rainy summer day. They were family houses, inspirations, holidays houses, those villas are small jewels to discover absolutely!

What is Contemporary Style? BRABBU has the Answer

5 Abandoned Places to Discover in France